What more do you need to known about WW1 planes ?.

-Losses also reflected the numbers involved, but the allies suffered comparatively much more: 52,460 + 35,973 vs 27,637, that's almost nine aircraft shot down for three Germans !

-Strategic bombing was "invented" in 1918 but theorized after the war (in particular by Italian general Douhet), Zeppelins raids on civilian population in a way pioneered the psychological effect of a "total war" that was to be pursued in 1918 on British and German side with a new wave of heavy bombers. Had a more year passed, strategic bombing would probably have existed in a scale reminiscent of ww2.

-Naval air service was also invented in WW1. From Eugene Ely first flight from a cruiser in 1911, to the first naval air raid by HMS Furious on Zeppelin hangars in 1918. Not to mention the hundreds of floatplanes monitoring the Atlantic, in search for U-boats.

-Within entente powers, France would manufacture the bulk of airplane wartime production and almost 80% of engines. SPADS and Nieuports equipped the British, Italian, American, Russian, Dutch and Belgian air forces among others. 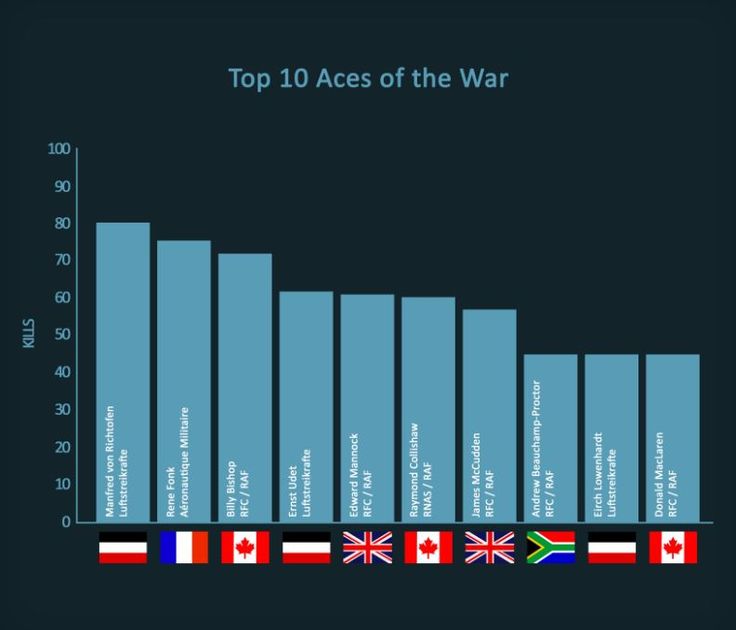