Hansa und Brandenburgische Flugzeugwerke (now Hansa-Brandenburg) was a relatively short-span German aircraft manufacturer made famous during WW1, created in May 1914: The Brandenburgische Flugzeugwerke from Liebau was purchased by Camillo Castiglioni, and moved to Brandenburg an der Havel. Brandenburg's chief designer, Ernst Heinkel kept his post, as the man will became quite famous by funding his own company later, Heinkel Flugzeugwerke, one of the pillars of German aircraft industry for many years to come. By Autumn 1915, the company ranked #1, as the largest aircraft manufacturer in Germany. The company had a capital of 1,500,000 Marks, while the three factories had 1,000 employees (Rummelsburg Plant, Berlin, and Wandsbek plant, Hamburg, in addition to Brandenburg an der Havel.

Castiglioni himself being Austrian, many military aircraft produced went directly to the Austro-Hungarian aviation corps. The company's best-remembered products will be serie of floatplane fighters and versatile reconnaissance aircrafts used by the Reichsmarine (Imperial German Navy). Unable however to re-adapt itself to the civilian market, the company soon was bankrupt by 1919 but some models still went on production in Finland and Norway among others. 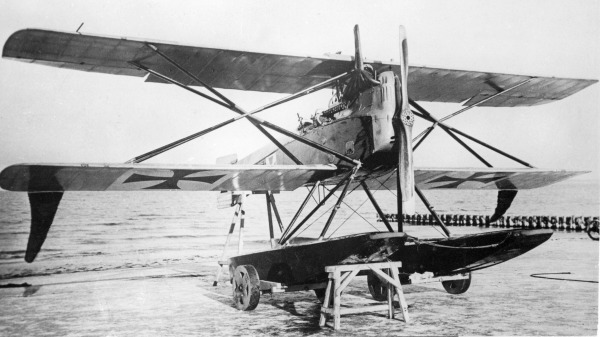 As for other pages, we will focus in this part on prototypes, while the production models will be detailed in their own file below. The Hansa-Brandenburg W.11 was a single-seat biplane fighter floatplane of 1917 and derived from the KDW but with a more powerful engine, a Benz Bz.IVa, 160 kW (220 hp) which gave a top speed of 176 km/h (110 mph) and range of 350 km (217 miles). It was similar in the great lines to the KDW, in particular the same unusual interplane strut arrangement, with fins above and below the fuselage. Three prototypes were showcased in 1917 but the Navy ordered none. Another interesting plane was the Hansa-Brandenburg W.20, reconnaissance flying boat, first designed in order to be stored and deployed from a submarine aircraft carrier for extended commerce warfare. A small single-seat biplane flying boat, it could be quickly assembled, had a slender hull with a biplane wing, conventional braced tailplane. Its engine was the seven-cylinder 80 PS Oberursel U.0 rotary derived from the Gnome Lambda and mounted on struts in a pusher configuration, while the external floats were mounted on either end of the lower wings. but since the projected cruiser submarine was never built, only three W.20s demonstrators were built and tested.

The Hansa-Brandenburg W.27 and W.32 were prototypes of fighter floatplanes that only differed by their engine, either a Daimller Benz Bz.IIIb or a Mercedes D.III. Both derived from the W.12, single-bay biplanes of conventional configuration. They oddly had no dorsal tail fin. Their large rudder projected below the fuselage and forward of the rudder post while they had a rather short fuselage, more staggered wings, and I-struts for all their bracing. The next models were monoplan fighters, the W.29 and W.33. The first was licence-built postwar by Norway, while the latter was also licence-built by Finland (120) as IVL A.22 Hansa and by Yokosuka, Aichi and nakajima (310) for the Imperial Japanese Navy. 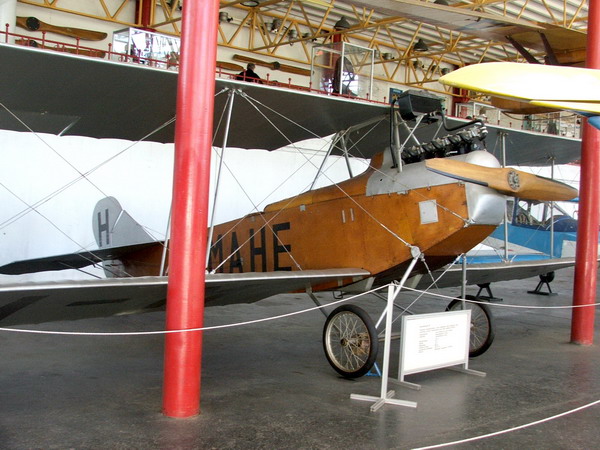 This unarmed military trainer, reconnaissance biplane was flown only by the Austro-Hungarian Air Service (Austro-Hungarian Imperial and Royal Aviation Troops and Austro-Hungarian Navy). This first model was factory named type D, then FD after the fitting of the definitive, more powerful engine. This early design of Ernst Heinkel was conventional : A two-bay biplane with staggered wings of unequal span, pilot and observer seating in tandem in the same, long open cockpit. Of course it was unarmed, in accordance to the B designation. This model was produced also under license by Aero during the war for the Empire and afterwards Aero Ae 01 and also by Letov, as the Letov Š10. This was the basis for a derivative designs throughout the 1920s in Czechoslovakia, and once armed, the model became the C.I/C.II armed reconnaissance series. Postwar, this model was also flown by Poland (15 aircraft), the Royal Hungarian Air Force and Yugoslavian air force in the 1920s. Production records are unknown.

This model internally known as Type LDD, was a 2 seat two-bays biplane, single-engine reconnaissance model, pretty close to the B.I. designed by Ernst Heinkel. The C.I had the same inward-sloping interplane bracing struts and was used by Austro-Hungary with a communal cockpit, but the observer was armed, in conformity with the C type denomination. The C.I was agile, handled well and benefited through its service life from more powerful engines. Let's recall that of the 1318 built in total, only 84 were actually built by Hansa-Brandenburg. Phönix Flugzeugwerke produced 400 C.I, Ungarische Flugzeugfabrik A.G. made 834 C.I and Aero (A-14, A-15, A-26) made the complement. Production actually went on after the war for Czechoslovakia. The C.I was used for reconnaissance, artillery observation and light bombing, from early spring 1916 to the end of the War. The C.I was armed with a scarff-mounted 8 mm (.315 in) Schwarzlose machine manned by the observer, while some had an additional fixed and non-synchronised one mounted in a pod above the top wing. In later production, a synchronised 8 mm (.315 in) Schwarzlose mahine gun was fitted on the port side of the fuselage. The usual bomb load was 60 kg (130 lb), up to 80 kg (180 lb) and two 10 kg (20 lb) bombs on the last models which had the most powerful engines. For Phönix these were the Series 429 with a 170 kW (230 hp) Hiero 6 engine, for UFAG, Series 369 with the same, and the Aero A.14, A.15 and A.26 had a Walter-built 138 kW (185 hp) BMW IIIa engine. The Poles also used this model after the war in the Lviv RPL-III workshops, a first batch of 15, then 15 more in the Kraków workshops. Before that, about 22 were received and used already in the Battle of Lemberg and then the Polish–Ukrainian War and Polish–Soviet War.